“The facades of the caves were like a row of white houses;
the holes of the doorways stared at me like black eyes.
The town is indeed a beautiful one, picturesque and striking”.

These were the impressions of Carlo Levi in his literary masterpiece “Christ stopped at Eboli”, published in 1945 after he was banished in Aliano in 1935 because of his uncompromising opposition to fascism.
Matera has kept its charm intact throughtout these years and today it has become one of the main tourist destination in Italy. It is worldwide known and it is a Must if you are visiting Southern Italy. This is one of the reasons why Matera has been Unesco World Heritage since 1993, first Southern Italian city to receive this award, and in 2019 declared as European Capital of Culture.

But Matera is more than this. A journey in Matera and its surroundings will let you discover a touching story but also a hidden treasure of the only Italian Region with two names, Basilicata or Lucania, an ancient land where you can explore the History, through the traces of ancient civilizations that have taken place over the millennia: Enotrians, Greeks, Samnites, Romans, Barbarians, Byzantines, Saracens, Normans, Germans, French, Albanians and Spanish, who enriched customs and traditions that have merged, creating a set of traditions and cultures to be discovered.
A journey among the people, the villages, the sea, mountains, natural parks and the gastronomy of the Region is an unforgettable experience which will make you appreciate a little known corner of Italy.

If you are still eager to discover and travelling, less than 10 km kilometers away from Matera you can reach the nearby and also surpricing Puglia (Apulia), another old crossroads of civilizations and custodian of traditions and treasures to be discovered.
Apulia has represented for centuries a big gate between East and West: two worlds, cultures and religions different from one another but complementary and which have built the History, which evidences remain intact on the territory.

Did I arouse your curiosity? Please contact me and I will be happy to tell you more!

"Easily Italy’s best-kept secret, Basilicata is revered for beautiful beaches, ancient towns and a dearth of organized crime. In 2019, the town of Matera, a Unesco site, will host the European Capital of Culture. It is also known for its ancient caves — once used for livestock, later as primitive homes, and today, as private residences and hipster, beautifully restored, Flintstone-esque hotels. But for now at least, the secret is still safe"
New York Times
"...actually the first time I saw Matera I lost my head for it, it was simply perfect..."
Mel Gibson

CLASSIC TOUR OF MATERA: ONLY SASSI

PARK OF THE MURGIA AND ROCK CHURCHES

GRAND TOUR OF MATERA: SASSI, OLD CITY WITH CATHEDRAL AND PARK OF THE MURGIA AND ROCK CHURCHES

METAPONTO & BERNALDA:
PYTHAGORAS, THE GREAT GREECE AND THE "BEAUTIFUL LIFE"

THE LUCANIAN DOLOMITES:
PIETRAPERTOSA AND CASTELMEZZANO 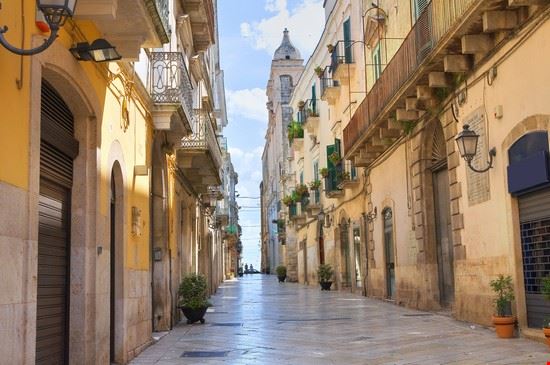